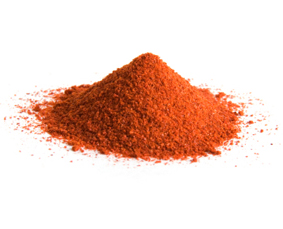 Harry Middleton Hyatt devotes an entire section of his magnum opus — about 50 pages — to the use of salt.  Today, though, I want to concentrate on its use combined with red pepper, which is an irritant and can actually do damage to sensitive parts like the eye.  Even folks who don’t work magic know red pepper can send nasty folks away — capsaicin is the active ingredient in pepper spray, after all.

Several informants told Hyatt that you could keep someone away from your house by strewing salt and red pepper on the floor and sweeping it out as they leave.  Or you can cause fighting and breakups by strewing red pepper and salt inside the enemy’s house — even better if the salt was borrowed from the people who live there! Sprinkle it in someone’s yard late at night, or under the doorstep before sunrise, and they’ll have  to move.

But salt with red pepper is also used for protection: put a little in your shoes to turn away any tricks that have been thrown down for you.

There are even a few positive uses for this combination — to get a job, wear it in your shoes; it’ll undo everybody else’s Steady Work spells and unsettle the boss’s mind so you can make your move. It works the same way “to get a fella,” a boyfriend.

Now, I must say that every time I mention this, my fellow conjures wonder if I’ve been hallucinating. I’m absolutely sure that Sindy Todo has said that red pepper is often used in love work around the Gulf Coast, and here are these two tricks from Hyatt.  But a person can only stand so much contradiction, so I shy away from putting red pepper in a honey jar.

23 thoughts on “Trick of the Week: Salt and Red Pepper!”