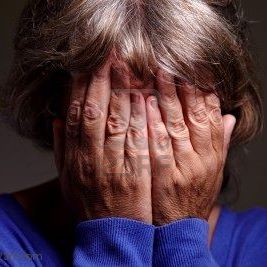 Well, folks, Psychology Today has really gone downhill. All the obstacles listed in this article are actually fears of bigger and more catastrophic failures, and the “underlying issue” he identifies is hogwash.

Suffering happens because we live in a “fallen” (glitched, not utterly wicked) world.

If you “face the fact” that “you were powerful enough to succeed all along,” why should it lead to shame and fear? Why not, instead, a sigh of relief? the blissful enjoyment of freedom? joyous laughter at one of God’s best jokes?

Anyway, to say “you were powerful enough all along” is not strictly true; that’s like saying “You could have mastered all of Beethoven and appeared at Carnegie Hall when you were a baby.” No. When you were a baby, perhaps you were attracted to pretty sounds, able to remember and repeat tunes, pick them out on the piano, and later to make sense of chords and scales and meter and all that.

When we are born, we are able to do little more than learn from our environment and cry for help. From this humble beginning, we build and grow into our abilities as conjures, conductors or cooks. When you know better, you do better. Do not allow the human potential folks to shame you into perfectionism.

Instead, remember that walking is basically a controlled forward fall.  So keep on falling forward. Fail brilliantly. Learn from every mistake, not only what not to do, but what to do differently. Failure is data; you have not truly failed until you have learned nothing from a project that falls apart.