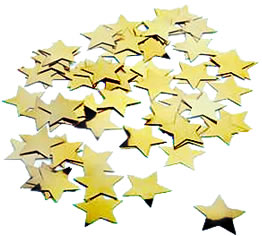 This isn’t so much a single spell — it’s more of a spiritual maintenance program to achieve the desired result; an old-fashioned way to work, one that weaves itself all through your life.

Or, for that matter, somebody else’s life.

Some of the oldest spells for school success are quite simple: Sleeping with a textbook under your pillow, for instance; or standing on it — putting it under your feet — and praying for mastery.

King Solomon Wisdom products are often used for school success, as well as other situations where you need to think clearly and soundly.

But what about the case of an intelligent person who just can’t be bothered?

“Nothing about school is what it seems, not even boredom. …

“Ordinary people send their children to school to get smart, but what modern schooling teaches is dumbness.

“A year ago I was wondering how a child’s fears might influence his strategies. This year’s work has told me. The strategies of most of these kids have been consistently self-centered, self-protective, aimed above all else at avoiding trouble, embarrassment, punishment, disapproval, or loss of status. …

“These self-limiting and self-defeating strategies are dictated, above all else, by fear. For many years I have been asking myself why intelligent children act unintelligently at school. The simple answer is, “Because they’re scared.” …

There are plenty of people who can’t make sense of school — as Marshall McLuhan said, “The medium is the message,” and to these folks it seems like the curriculum is boredom, slavery and disrespect.

It doesn’t mean they can’t learn, or that they’re lazy (though they may veg out from sheer discouragement, if the situation is bad enough).

What it means is that they have their own agenda. It may look like they’re wasting their time on online video games, poking at computer or car innards, or just locked in their room all day. And many of these kids are very bright.

Both my kids did this. My son taught himself to paint while locked in his room; my daughter learned basic principles of management and investing while slaying pixelated monsters and buying impossible armor.

Your kids need to connect that energy to the real world, and to make The Folks Who Know Things do their bidding.

First, though (especially if they have long been discouraged) they need to fall in love with learning.

So let’s treat it like any other love spell.

King Solomon Wisdom is the basis of this work. It has a long tradition of use for school success. Spike his grooming products and the laundry supplies with it. Dress all his schoolbooks and school supplies, and his homework papers, too, if you can get hold of them. (You might also want to add some Crown of Success to the mix. Crucible of Courage, too, if discouragement is an issue.)

That much is obvious, but there’s more:

Treat his schoolbooks like they were girls who want his attention: Dress them with Look Me Over, Attraction and other such formulas.

If you take him to school, put a little King Solomon Wisdom on the floor of the car, so he’ll put his feet in it and track it all over school. If he wears glasses, dress the frames with the oils.

If he’ll wear a mojo bag, you can make a simple one with Solomon’s Seal root, Star Anise, and Five Finger Grass — so he can think clearly, understand the people around him, and get their good opinion by proving his competence.

If he won’t wear a mojo bag, you can put these herbs in a honey jar with a snip of his hair and a prayer that his curiosity comes alive and that learning becomes easy for him.

The honey jar may be enough all by itself — a client told me so last year — but some kids have such a thick layer of discouragement on them that you need to go all out.

6 thoughts on “Fall in Love with Learning: Simple Spells for School Success”